Core (Abs): How it Works and 3 Exercises to Effectively Train It

I fully expect that there will be two kinds of people that stumble upon this article. The first group will click on this article because the words core and ab are just too alluring to pass up. The second group will click on this article out of complete disbelief that I wrote an article dealing with abs or core. While it is true that I do very few sit-ups and crunches and by few I mean absolutely zero, I do train my core in ways that are more effective than doing a thousand crunches a day. Let me start off by saying that it is encouraging to learn that more and more people are understanding that sit-ups and crunches may not be the ideal way to target the abs. For those of you that have heard that there are more effective ways but are unsure as to the reasons why let me try and briefly explain.

The job of your core, for the purpose of this article I will use the term core instead of abs, is the transfer of energy throughout your body. Now, this transfer of energy usually travels from the lower body up through the core to the upper body and out the limbs but it can also happen vice versa. In order for the core to efficiently transfer this energy from lower to upper or upper to lower it must remain rigid. If the core is not strong enough to maintain its rigidness throughout whatever activity is taking place energy is lost. When energy is lost strength, power and stability (balance) suffers. So when someone says that there balance is suffering because their core is weak they may be technically correct. However, the steps most people take to correct this problem are incorrect. When your core is rigid it is tight, and your spine is long or straight. That is the exact opposite of the position your spine is in when performing sit-ups or crunches and the lack of rigidness in your core during those movements is also a problem. I haven’t even brought up the back pain associated with sit-ups and/or crunches due to the flexing of the lumbar spine that occurs. So the next question might be how do we train the core to maintain its rigidness? This might surprise most of you but the answer is not more core work, or at least not entirely. Now that you know that the job of the core is the transfer of energy it may make more sense when I tell you that we strengthen the core mainly through indirect work. Meaning the core gets stronger through movements where we typically target another area of the body. This is done mainly by lifting heavy weight while standing on the ground. Squats, deadlifts, overhead presses, and carries are all impossible to do without our core doing its job. By using correct technique during these exercises we can teach our core to maintain its rigidness throughout the movement and by progressively increasing the weights our core, along with a lot of other muscles in our body, becomes stronger. Also, if you know the correct technique for those exercises I mentioned above, you probably noticed that all of those exercises are done with a straight (long) spine. Although, in my opinion, just by adding in more heavy lifts you will see a substantial increase in core strength, it isn’t bad to add in some direct core work to supplement the heavy lifts. The best exercises to train your core in the way it needs to be trained to see results in strength are some common, old fashioned exercises. Take note that in the following three exercises you will notice that the spine is straight (long) and that the exercise is emphasizing a tight, rigid core during the movement. Exactly how we need it to be in so many other activities in and out of the gym.

The ab wheel is by far my favorite core exercise. The only problem with it is that it is extremely difficult and people quickly get frustrated with it. However, like most things in the gym, it’s important to remember that it’s not going to be perfect right at the beginning. The ab wheel is a great exercise because it forces you to remain tight and rigid throughout the entire movement or you simply will not be able to execute it. You will become tight subconsciously just like you should be with many other activities. Also, like the other two exercises below, the spine remains straight and long throughout the movement.

Yes, good old fashioned planks are still one of the best core exercises you can do. Recently, I have changed my approach with planks slightly. There is nothing wrong with performing planks for as long as possible. However, planks can be performed without maintaining tightness throughout the entire body. Which is why sometimes it almost becomes a shoulder exercise and anyone that has done planks can probably attest to that. Instead, I have been transitioning to doing planks for less time but really driving home the point of creating tension (tightness) throughout the entire body. If done correctly a person that can easily execute a plank for maybe 2-3 minutes will be gassed after executing a plank for one minute but focusing on creating that tension by squeezing their core throughout the entire set.

Hanging leg raises are tricky because the limiting factor may not be your core but your grip. These are tough for that very reason. However, like the ab wheel, these may have to be ugly at first in order for you to eventually get better at them. Like the above two exercises your spine remains long and straight during hanging leg raises and your core is definitely tight throughout the movement. The goal is too not swing your legs but to raise and lower them in a controlled manner. You probably won’t be able to do many controlled reps at first but doing a few reps per set at first is still beneficial. 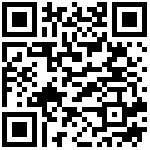